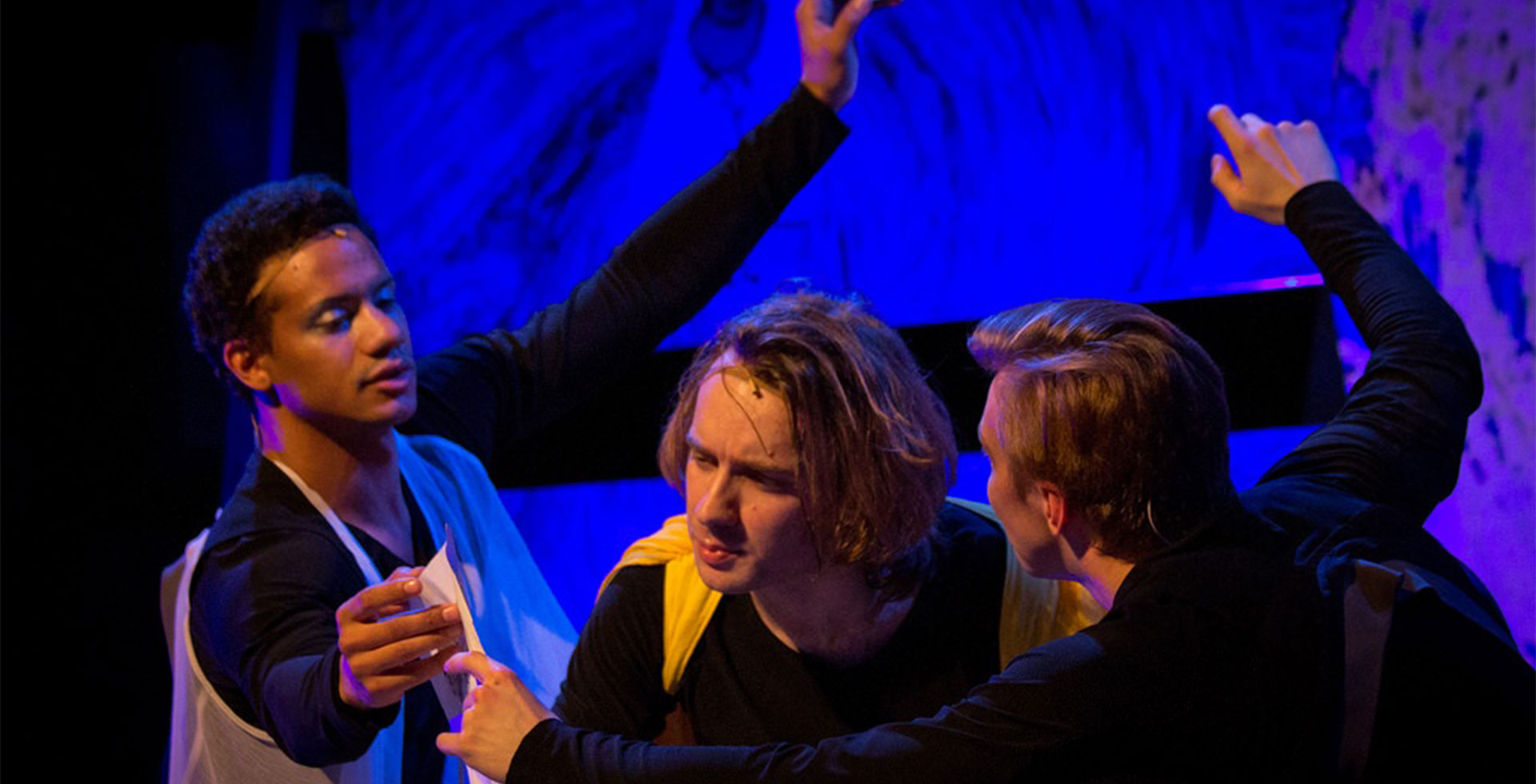 Exupery. Towards the Stars

Parable About Love of Consuelo and Antoine de Saint-Exupery

Play by Andrey Borovikov based on corespondence of Consuelo and Antoine de Saint-Exupery and excerpts from The Little Prince
Premiere: 25 April 2015 | Running time: 1 hour 30 minutes | No intermission | 12+

The play, based on the correspondence between Consuelo and Antoine de Saint-Exupery, tells the story of their relationship. There are so many confusing facts about their marriage, it is sometimes difficult to discern reality from fiction.

Exupery. Towards the Stars is an allegory of the great love that was shared by Antoine and Consuelo. The author and director of the production, Andrey Borovikov, combines personal correspondence of the couple with fragments of the parable of the Little Prince, which is imbued with strong personalities of both.

In his poetic work, Antoine de Saint-Exupery, a romantic of the sky, raised important “grown-up” concepts, such as life and death, love and responsibility, friendship and loyalty, all told in a simple and earnest way. The play is addressed to those who can “see with their heart”.

HE (Antoine, The Little Prince) IGOR NEVEDROV
SHE (Konsuelo, The Rose) ANNA MOGUEVA
The Black Angel (The Snake, The King, The Businesman, The Conceited Man, The Geographer, The Tippler) STANISLAV MOTYREV
The White Angel (The Fox, The Friend) IVAN IVANOVICH