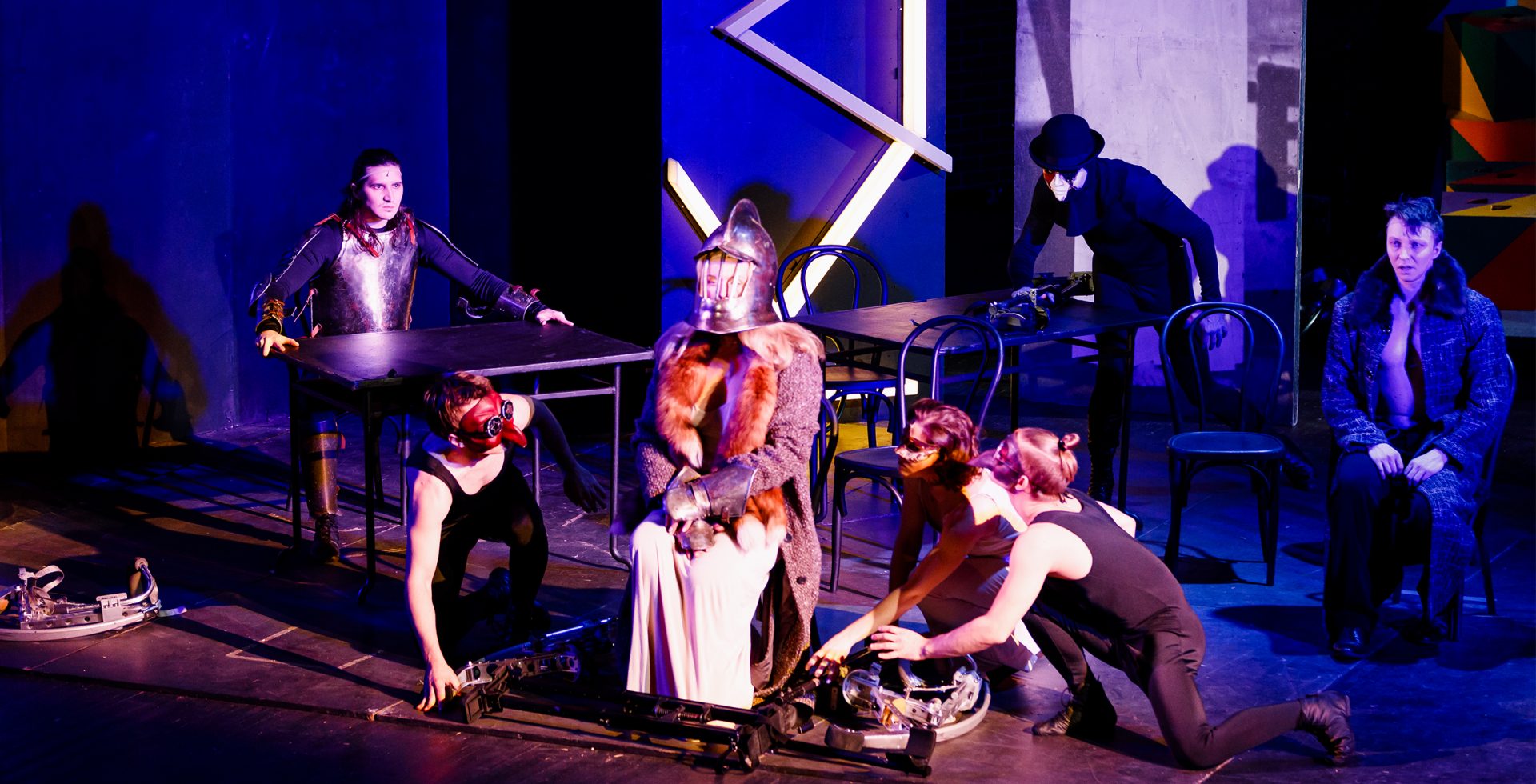 The first director to stage a play in Russia by the Austro-Hungarian playwright, Rudolf Lothar was Alexander Tairov. In 1917 King Harlequin premiered at the Kamerny Theatre in Moscow (today known as the Pushkin Theatre). It was shown only a few times and was soon taken off the stage due to a negative censorship assessment. Since then, no Russian theatre director has taken on a production of King Harlequin. Furthermore, the Russian version of the play put on by Tairov has been lost. When Roman Viktyuk decided to take on the production, he found six different translations of the text at the St. Petersburg Theatre Library. The folder where the texts were kept had a big “NO” stamp on it. But Viktyuk being Viktyuk decided to make it a “YES”: he believes that this 1900 play has just as much to say about today’s reality as it did over a 100 years ago.

Deeply in love with Colombina, Harlequin kills the crown prince in a fit of jealousy. Trying to conceal his crime, he decides to become the heir for the throne. After the king’s death, Harlequin takes his place but only to soon realise that the true power of governance is held by his uncle Tancred, while his role is merely representative.

Roman Viktyuk turned this tale of real and imaginary power into a drama of opposition between the State and the Artist. As always, he employs incredible physicality, juxtaposes humorous gymnastics with a moving dramatic text. A brilliant artist but an unsuccessful governor (Dmitry Bozin), Harlequin tosses about the treacherous and invulnerable masks trying to get out of intrigues and conspiracies. Who wins? Is it brilliant Harlequin or political intriguers? Talent or a faceless crowd, ready to subordinate to any authority? Will it be possible for Harlequin to maintain integrity and protect his love?

An excerpt from Arturo Toscanini’s rehearsal of La Traviata by Giuseppe Verdi is used in the performance.

“King Harlequin brings us back to the very essence of theatre – performance and moral, nothing else. The characters arrive to the Osip Mandelstam’s idea, that “the power is repulsive like hands of a barber” relying on their own experience. Their release from the sticky web comes with almost a children’s sigh of surprise – it turns out to be quite easy to run away from “Koschei the Deathless” – just run, Harlequin, run faster, and we ‘ll blow your sail.”