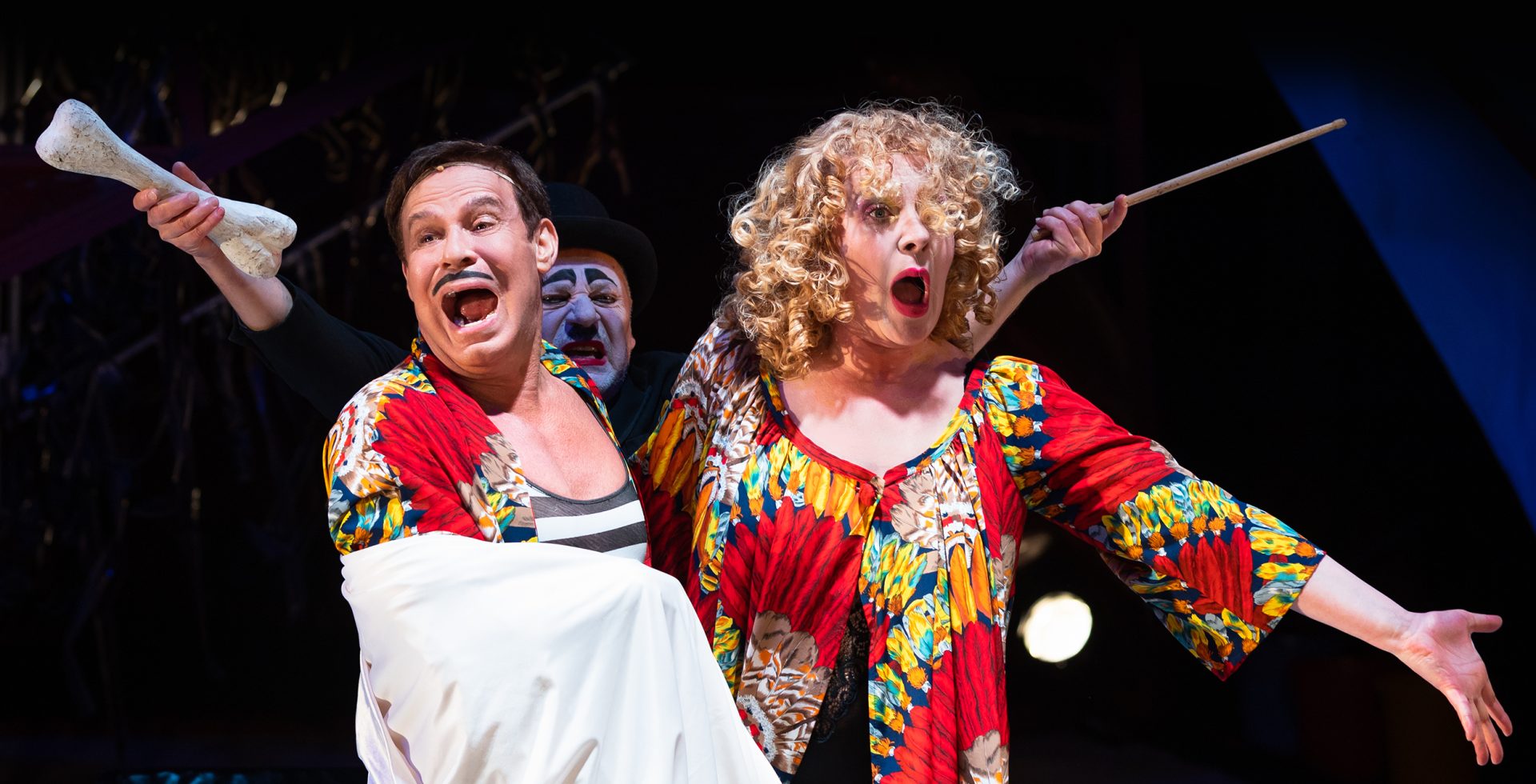 When asked about giving permission for his play to be staged in Russia, Nino Manfredi, the famous Italian actor and director, put forth one condition: it can only be done if Roman Viktyuk directs it.

Le Puttane tells a touching story of a relationship between a playwright (Efim Shifrin) and a prostitute (Ekaterina Karpushina). As  we learn throughout the performance, their professions have much in common. It’s a light and charming production, filled with humourous dialogue and amusing clown-hooligans, accentuated by the brilliant duet of Efim Shifrin and Ekaterina Karpushina.