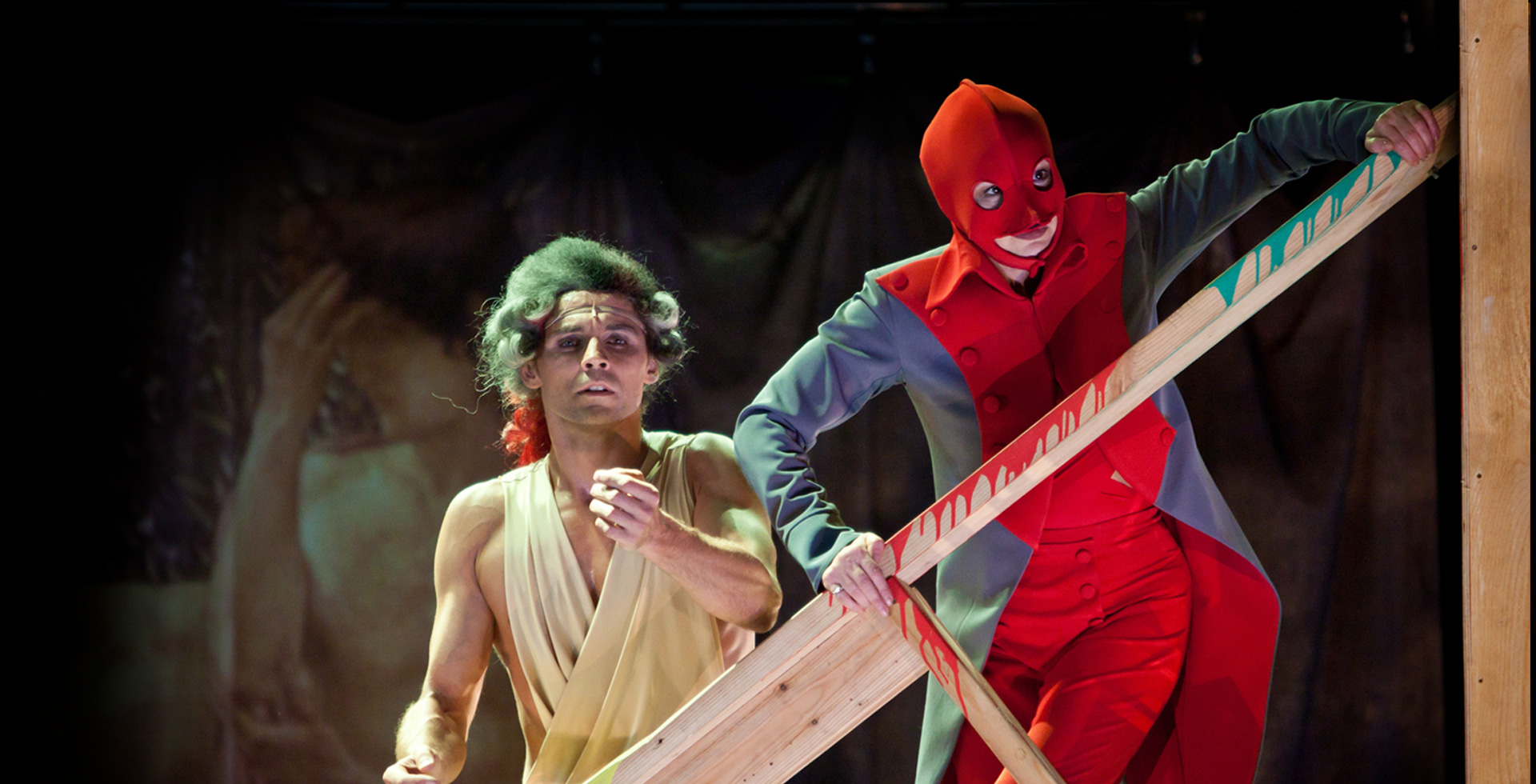 The dissolute and illicit biography of Marquis de Sade has inspired many to write about his life. The famous Russian theatre journalist and dramaturg, Andrey Maksimov, is among those roused by the biography of the notorious sinner and man whose name gives origin to ‘sadism’.

However, once we strip away the charged sexuality of the piece (shown with subtilty and grace, as to be expected of the director), we immediately see Roman Viktyuk’s intentional emphasis on the relationship between artist vs. power. Perhaps not an obvious underpinning theme in the story of de Sade, it is elaborated on through de Sade’s struggle with maintaining his artistic integrity in a political context of constant change and polarising values.

The fate of the controversial Marquis, who spent 17 years in prison and ended his life in a hospital for the insane, is an ideal material to look at the relationship of creator and power, inevitably causing an analogy with today’s time. In Roman Viktyuk’ production de Sade (Dmitry Bozin), his beloved Lacoste, a fanatical revolutionary Justina, Inspector Mare and other characters are solving the philosophical and everyday questions of sexual liberation to the music of The Tiger Lillies, while the performance is torn in a range of emotions from homeric laughter to tragic pause.