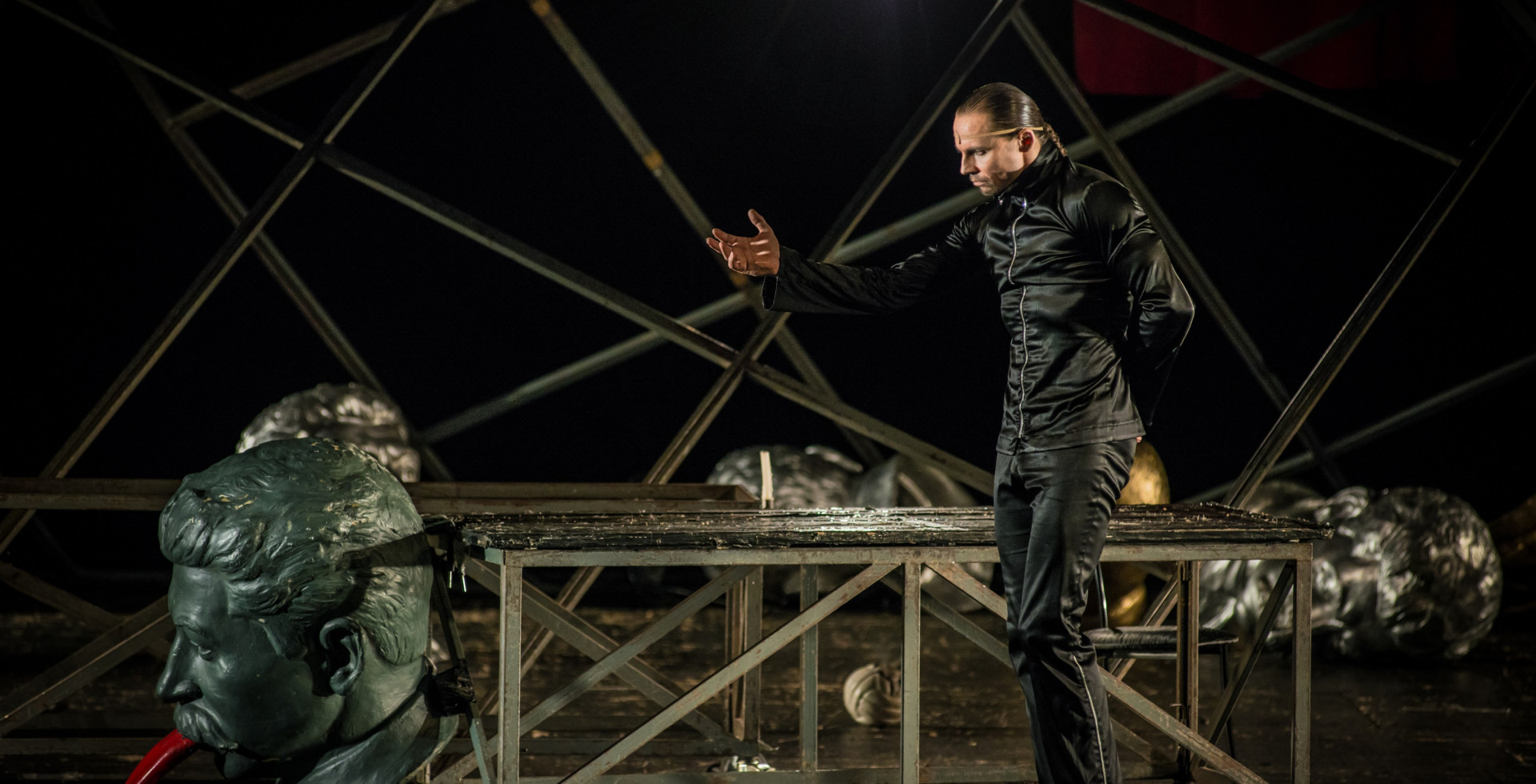 Mikhail Bulgakov worked on Master and Margarita for over 10 years. He burned the completed version of the Novel about the Devil in 1930. After that, he introduced multiple editions to the new text, already featuring the characters of Master and Margarita. Once the book was ready in the late 1930s – at the height of the Stalinist purges – its publication was immediately rejected by the censorship. The Samizdat edition (clandestine copies of suppressed literature) has long passed from hand to hand, and was published only in 1966 in the Moscow Journal after significant cuts were made to the text.

When working on a play based on Master and Margarita, Roman Viktyuk took into account the political context of that time and the motives of the early editions of Bulgakov’s text. This is his third take on the famous novel and, compared with previous versions, there is significantly less romance and more philosophical understanding of the phenomenon of the Stalinist era. The performance is narrated by one of the novel’s character, the poet, Ivan Bezdomny (Ivan the Homeless). Everything we see on stage resembles the ritual of destruction of tyrants from the Soviet past.

One of the main themes of Roman Viktyuk’s works – incompatibility of love and submission – is also elaborated on in this production, however, in a slightly different form. The love between Master and Margarita is synonymous with pain and suffering. Their context is a silently totalitarian state which leaves its people no right to express their feelings, or have those feelings in the first place. It’s a state that turns its people into puppets with no will power left.