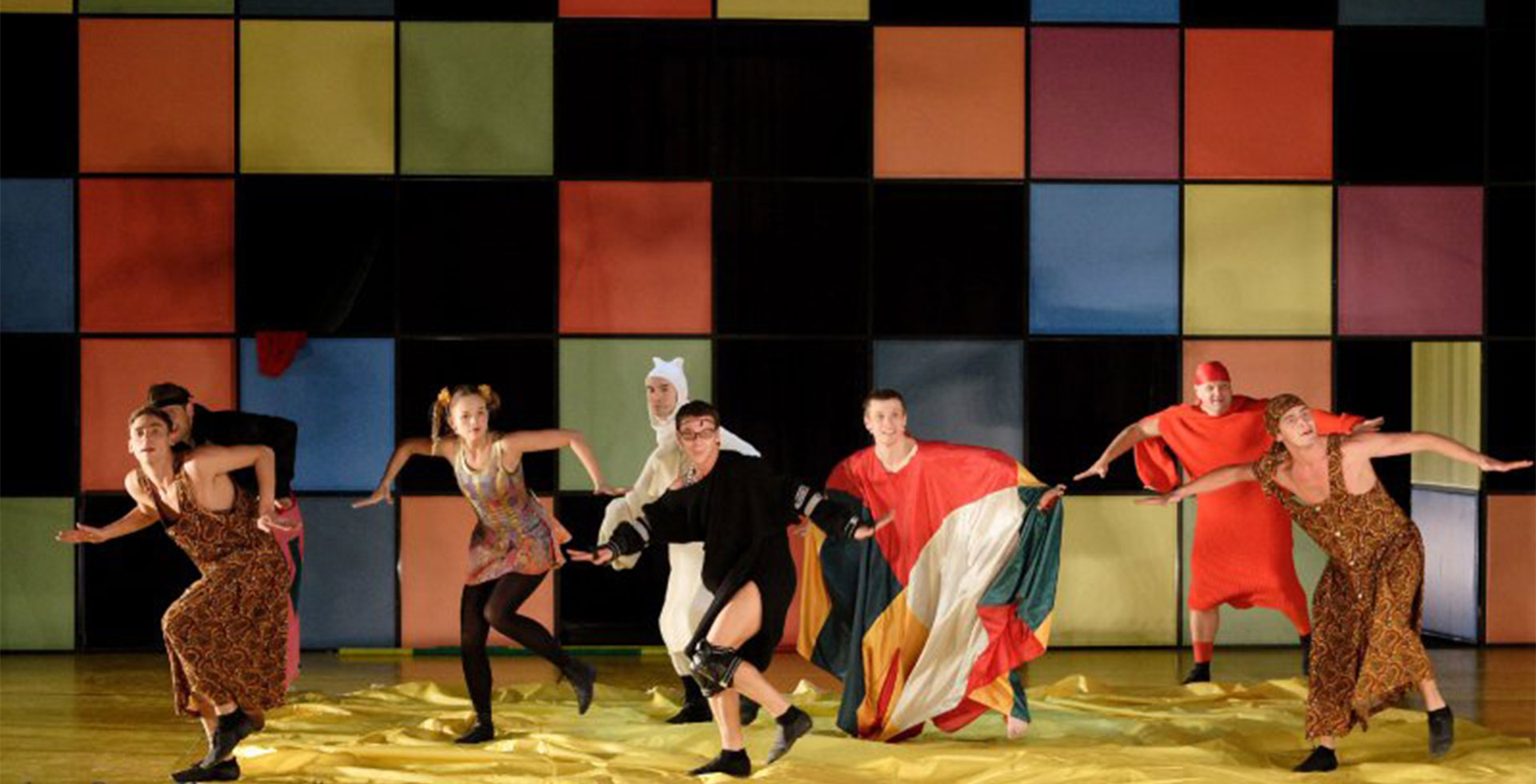 Puss in Boots is a classic 17th c. fairy tale by Charles Perrault. However, Roman Viktyuk’s staging of the story is based on a dramatisation of the the text, written by Mikhail Kuzmin, a Silver Age Russian author who added a certain lightness and humour to the story of the cunning Puss and his adventures.

This production envisions a modern entourage: Puss rides around the stage in roller blades and the performance is interjected with original rap texts, intentionally making the experience of theatre more accessible to a young audience. Although Roman Viktyuk does not traditionally direct for this age group, the playfulness and acrobatic physicality of the performance, characteristics quintessential to Roman Viktyuk’s style, serve as ideal media to retell the classic tale. The performance first premiered in 2007 and has been attracting audiences ever since.