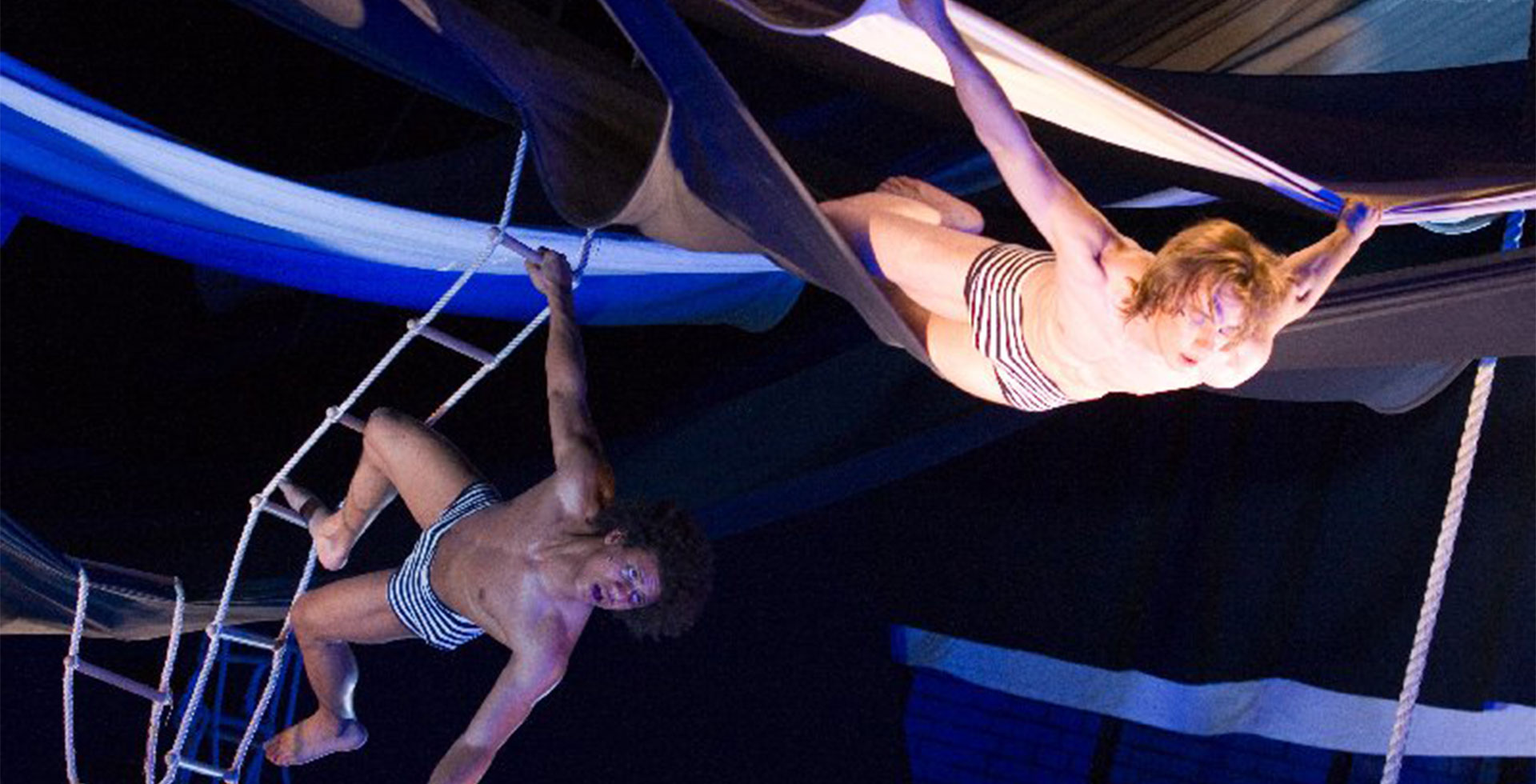 Roman Viktyuk’s interpretation of the famous play by Shakespeare is filled with youthful irony, enthusiasm and abstraction.

The production tells a story within a story: it opens with four young sailors on a ship who, waiting out a storm, find a copy of “Romeo and Juliet”. The longer they read the play, the more involved they become, starting to act out fragments, dividing up characters and, eventually, they put on the full performance. The all-male cast reminds us of acting traditions of Shakespeare’s contemporaries while simultaneously,  challenges our own convictions about what theatre ‘should be’ like.