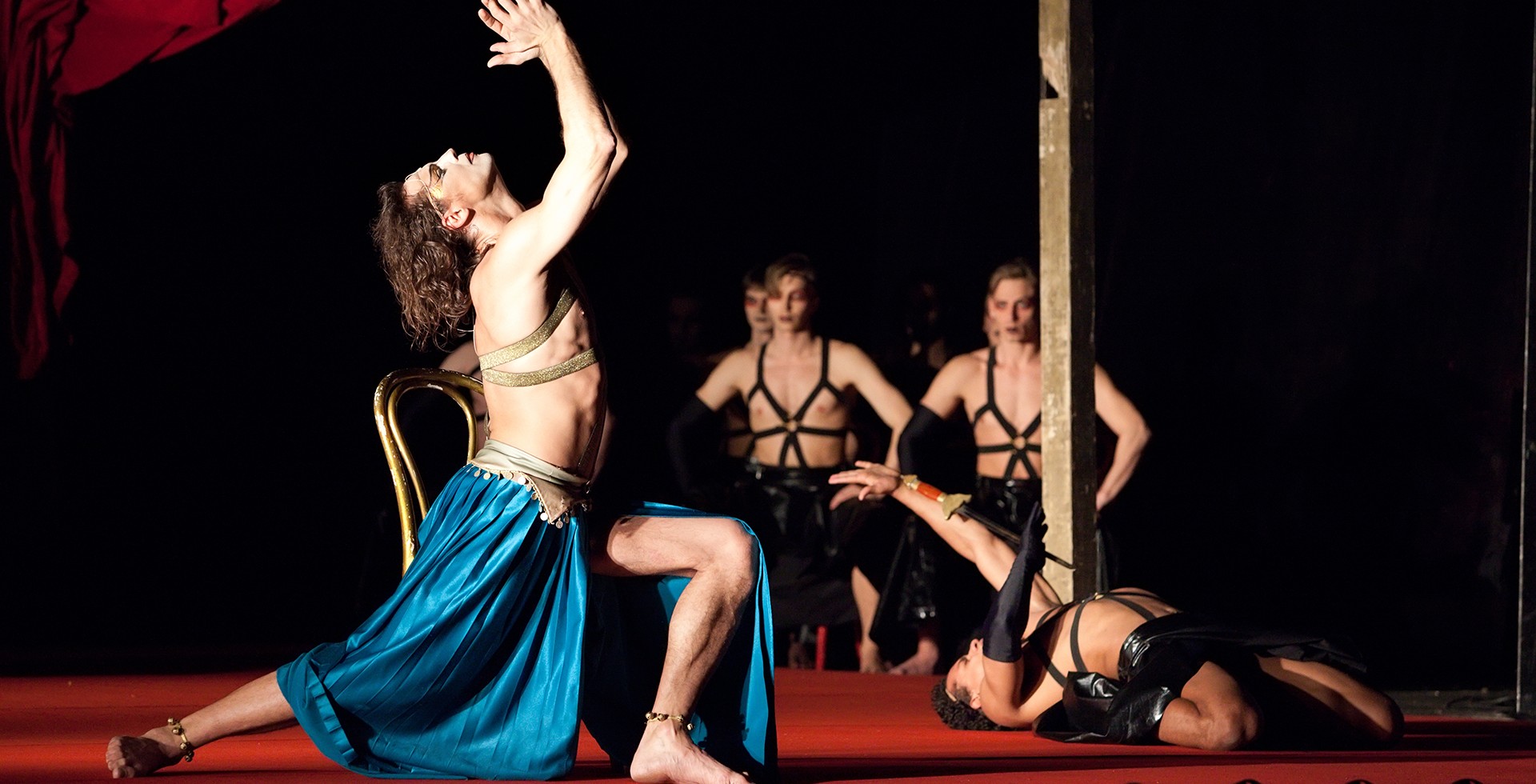 Along with The Maids, Salome is Roman Viktyuk’s signature production. Made in red and black, it leaves just as strong a visual impression as it does dramatically.

Roman Viktyuk decided to create a joint piece, intertwining elements of Oscar Wilde’s biography into this famous play. The story of Salome is interjected by tribunal scenes in which Oscar Fingal O’Flahertie Wills Wilde is under trial for indecency and sodomy. The leading actor, Dmitry Bozin, performs in two roles: he is Salome, the eponymous Jewish princess, while in the court scenes he appears as Alfred Douglas, Oscar Wilde’s love and reason for his downfall.

Oscar Wilde’s poetic tragedy Salome was banned in Russia by royal censorship, but in 1917 it was staged by two theatres at the same time: Maly Theatre (the main part was played by Olga Gzovskaya) and Kamerny Theatre (starring Alice Koonen as Salome and Nikolai Tseretelli as Iokanaan, directed by Alexander Tairov).

Following Tairov, Roman Viktyuk turned Wilde’s Salome into a fascinating parable about artist’s path in the world, where love exists only in the vicinity of death.

The most sultry, languid, spicy play of all perfomances, that are playing in town this summer, is Roman Viktyuk’s “Salome”.