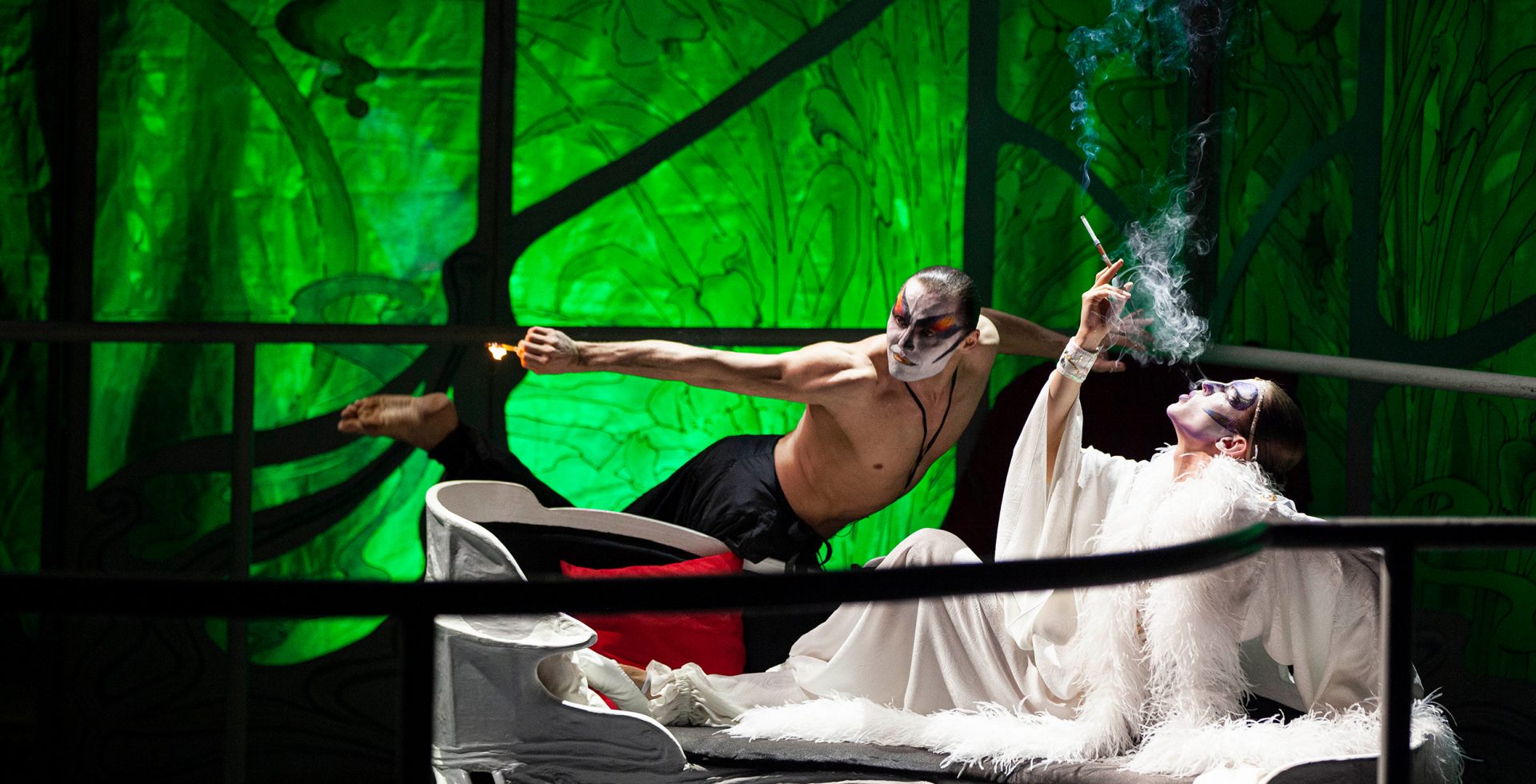 Two sisters, Solange and Claire, work as live-in maids in the house of Madame. Envious of her beauty and wealth, they reenact Madame, putt on her dresses and jewellery, imitating her manner of speaking and movement. However, eventually they get carried away with their game: they cast anonymous aspersions on Monsieur, Madame’s lover, denouncing him to the police. When they find out that Monsieur has been released, they decide to kill Madame, both to escape punishment and because they see her as the incarnation of all their misfortunes and low social status.

Roman Viktyuk staged the play according to Jean Genet’s opinion that all characters ought to be performed by men, and created a powerful theatre ritual investigating eternal mysteries of the human soul. The Maids, as well as other works of the playwright, raise the issues of love and crime, beauty and turpitude, individual freedom in opposition to society whose conventionalities he rejects.

The Maids have been staged by Roman Viktyuk three times (1988, 1992 and 2006) and have become his signature performance and most renowned example of his unique theatre esthetic. The performance is a synthesis of drama, choreography and music where every gesture, every movement and intonation amplify the expressiveness of the image. The accuracy of the set, integrated in the style of art nouveau, intricate makeup stemming from kabuki theatre, and imaginative yet minimalist costumes – all add to the artistic perfection and symbolism of The Maids.